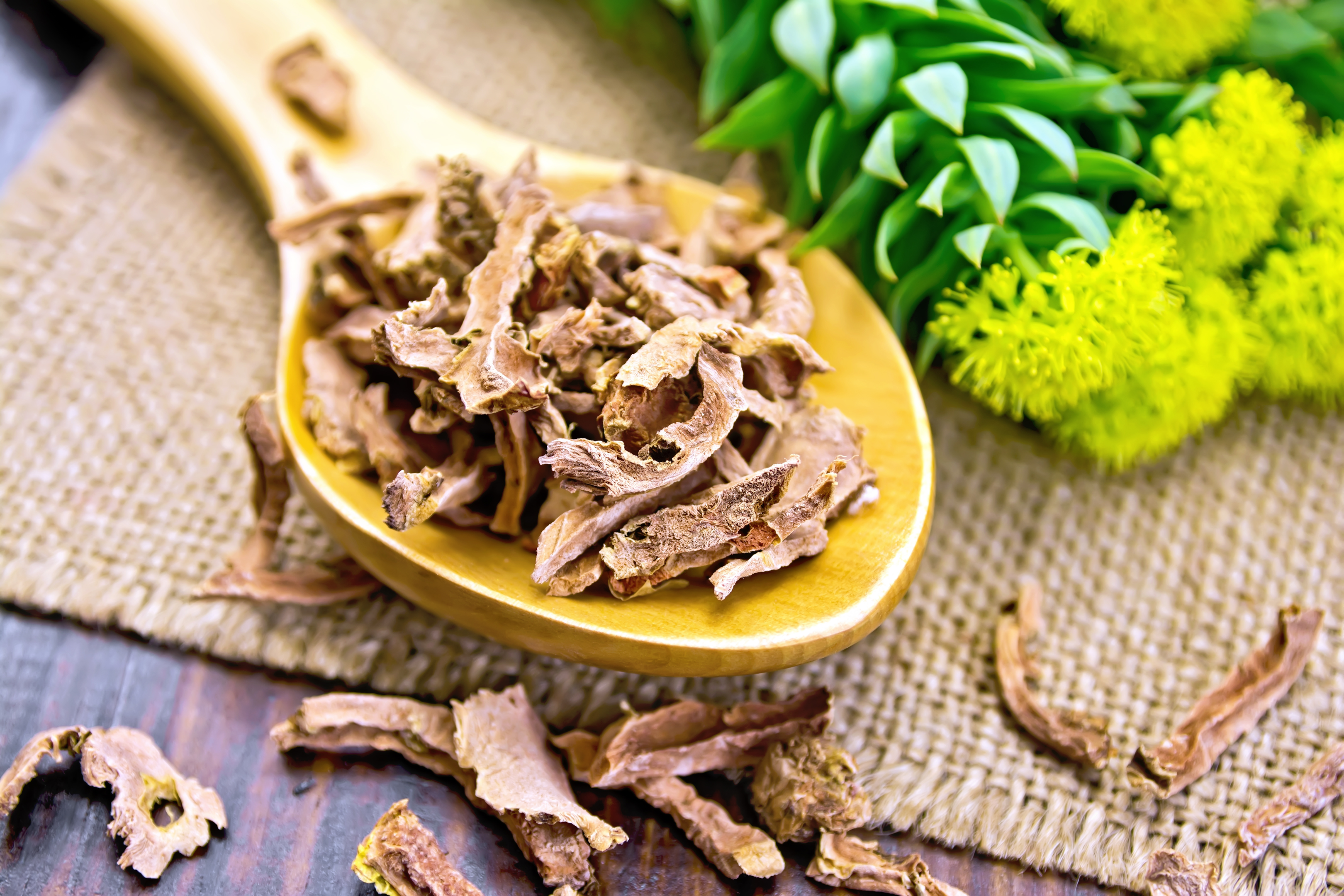 One of the key ingredients in Alkalife® Brain Performance Plus™ is Rhodiola (roseroot extract) with potent brain-enhancing benefits.* Rhodiola Rosea, which is also known as arctic root, king’s crown, golden root, or rose root, is a natural flowering herb that grows in some of the mountainous regions of Asia and Eastern Europe. It has been used for centuries in traditional medicine to obtain relief from depression, anxiety, headaches, anemia, and fatigue.*

In recent decades, Rhodiola has been recognized for its efficacy in promoting mental and physical performance, strength, athletic endurance, and general wellness.* Traditional medicine practitioners worldwide have recommended the use of Rhodiola to help relieve a variety of conditions, such as anxiety, stress, depression, fatigue, and cognitive impairment.* Because the roseroot extract is completely natural, it has a minimal risk of side effects, while the potential health benefits are significant.* 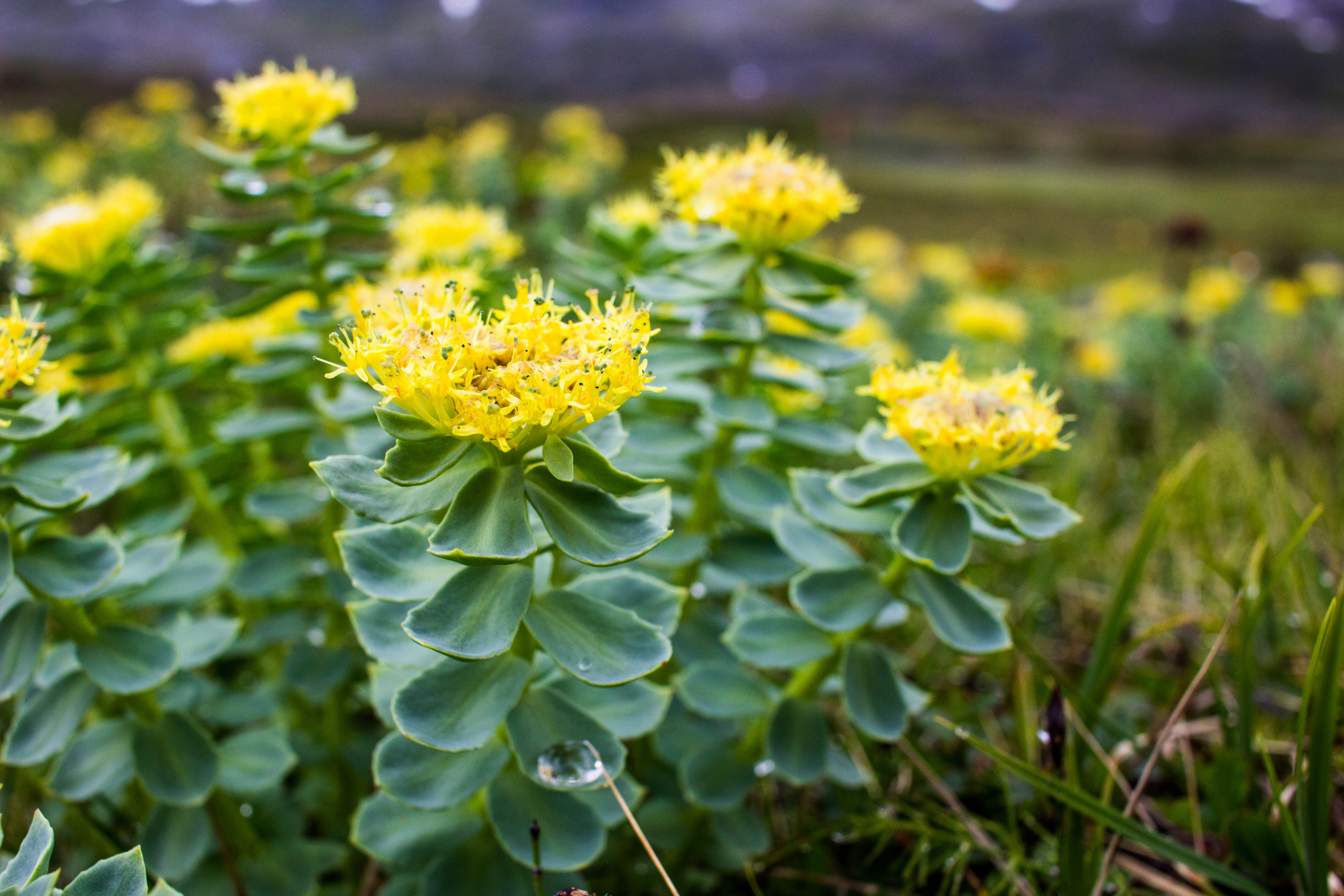 Chronic stress and anxiety lead to higher levels of cortisol (the primary stress hormone in the body), which can trigger long-term structural and functional changes in the brain. Excessive cortisol damages the neuron cells, thereby inducing brain fog, diminished memory, and even physical and mental fatigue in many individuals. This is why many people feel constantly tired and lacking in mental alertness when they are going through a prolonged period of stress, anxiety, or mild depression.

Rhodiola Rosea extracts are known for their anti-inflammatory properties that may help counter the adverse effects of stress and support the repair and restoration of brain function and overall brain health.* Many users of nootropics such as Alkalife® Brain Performance Plus™ report that they experienced mood elevation after taking this brain-enhancing supplement.* One of the factors behind it could be Rhodiola, because it promotes a balanced mood, and thereby could help a person fight stress-related fatigue.*

Rhodiola supplements are recognized for their mental performance-supportive qualities and could help improve focus even when a person is under stress.* The mental fatigue and brain fog resulting from excessive cortisol levels can often make it difficult to maintain focus, alertness, and mental clarity. Rhodiola or roseroot extract stimulates the nervous system to increase mental performance, focus, and clarity.* 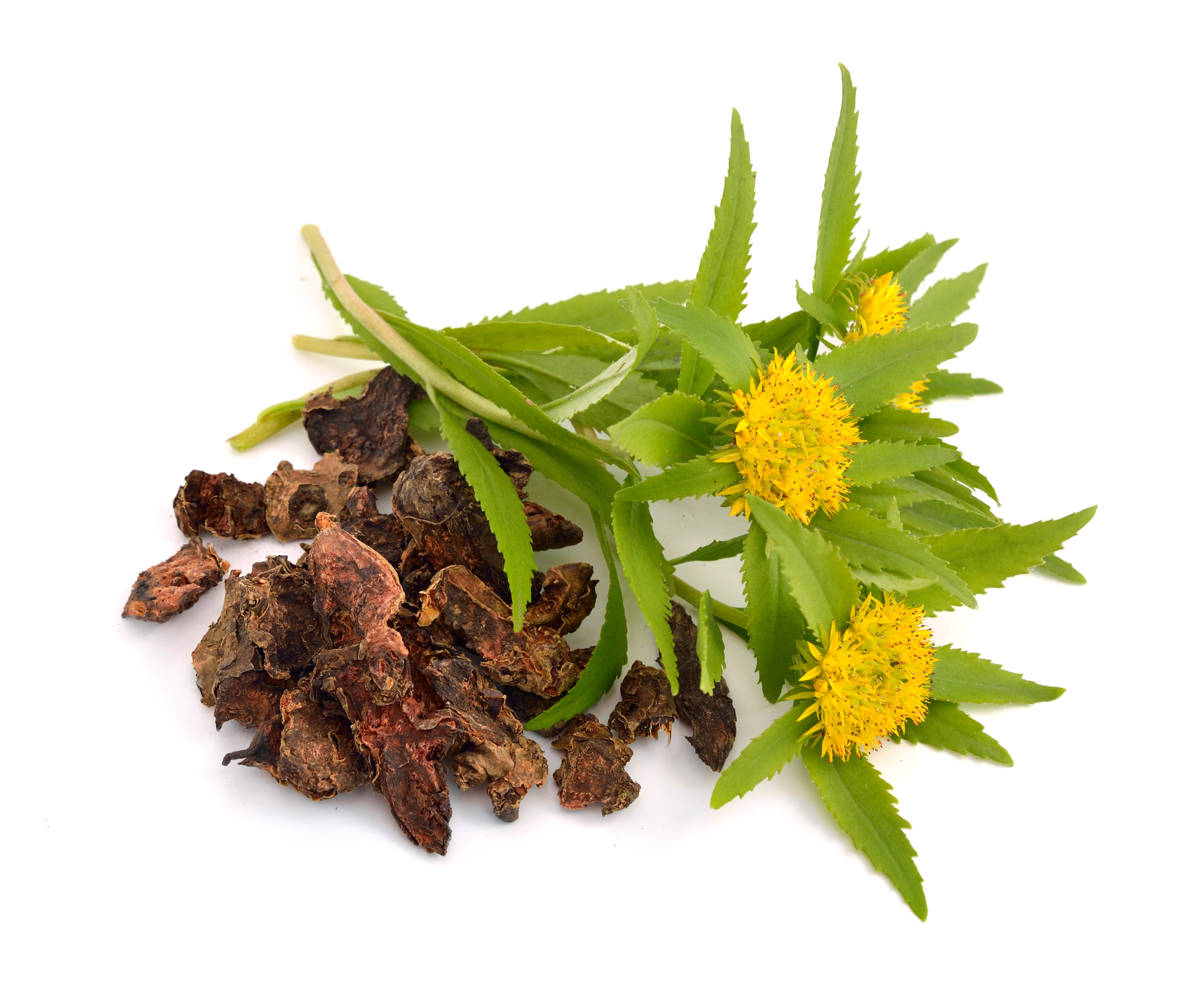 Some studies have shown that Rhodiola Rosea protects against neuron damage (which may occur due to excessive release of cortisol) and promotes the regeneration of brain cells.* If some of the neural cells have been injured but are still alive, roseroot extract will work to repair them.* The hippocampus area of the brain that plays a major role in memory and learning benefits from an increased number of healthy neurons with the regular and appropriate use of Rhodiola Rosea.

This herbal extract is also believed to influence vital brain chemicals, such as beta-endorphins, norepinephrine, and serotonin, which help the mind to return to a relaxed state.* It repairs and prevents the damage caused by free radicals and C-reactive proteins, synthesizes ATP (the primary fuel source for cellular mitochondria), and effectively helps in balancing the body’s internal stress-response system among other neuroprotective effects.*

What Does the Research Say About Rhodiola’s Health Benefits in Dietary Supplements? 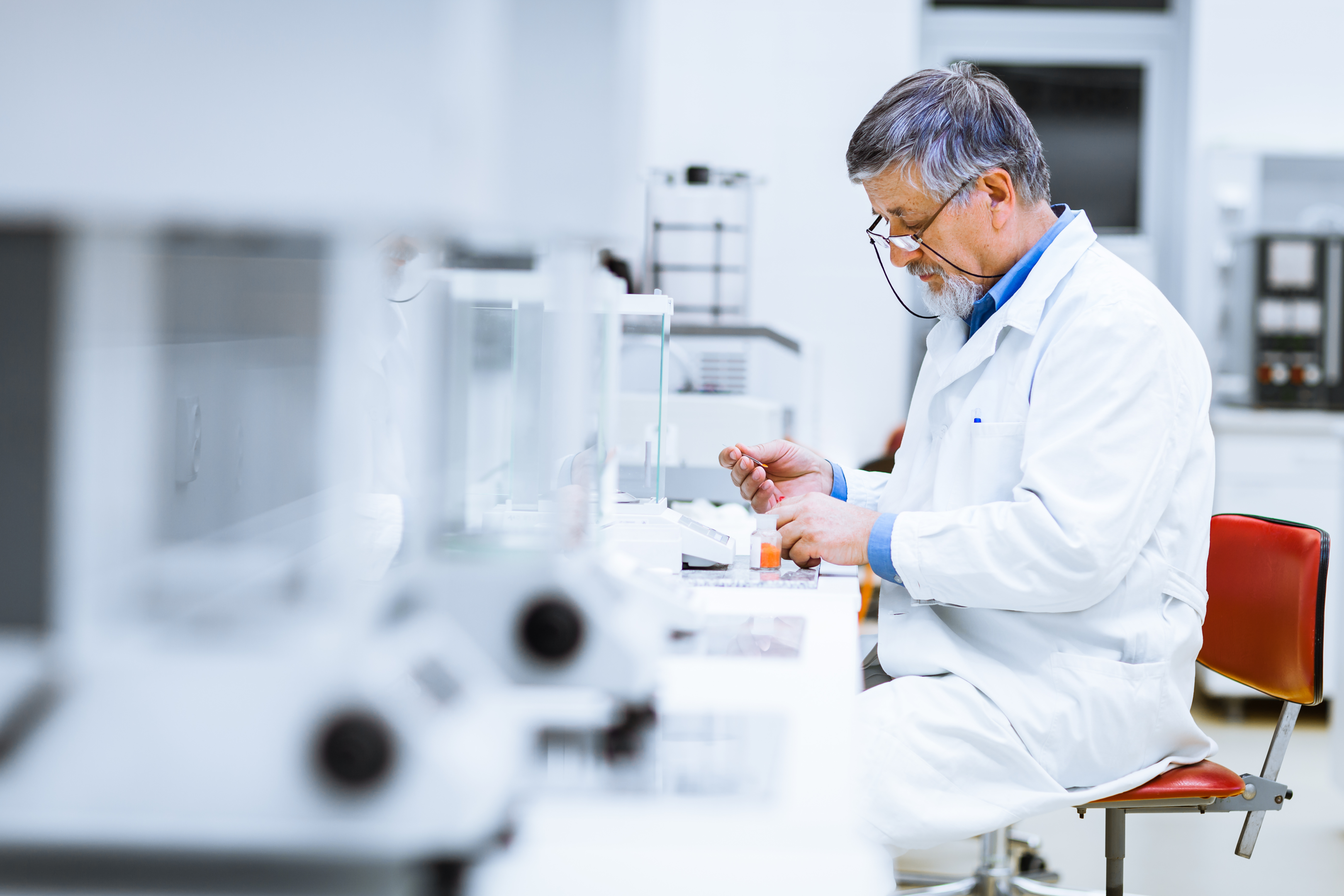 A review of 36 research studies conclusively showed that Rhodiola may have a role to play in improving memory function and learning.* One research study showed that just one dose of this herb enhanced memory in mice and had an antidepressant effect.* The study authors said that Rhodiola Rosea root extract may be a useful tool to counter mood disorders and increase cognition.*

Another detailed research review reached the conclusion that Rhodiola’s therapeutic properties may be helpful in the fight against several age-related illnesses. The research team suggested more research should be conducted to remove the gap between lab results and actual clinical applications in the field.

Researchers cited in the article go on to say that Rhodiola Rosea also increases physical endurance, and treats symptoms of asthenia (acute weakness or lack of energy), which may occur following intense physical or mental stress.* In conclusion, the current findings indicate that through potential mechanisms such as cerebral metabolism, anti-inflammatory and anti-apoptosis activities, cholinergic regulation, and antioxidant balancing, Rhodiola can improve memory function, learning, and cognitive performance when taken as a dietary supplement.* 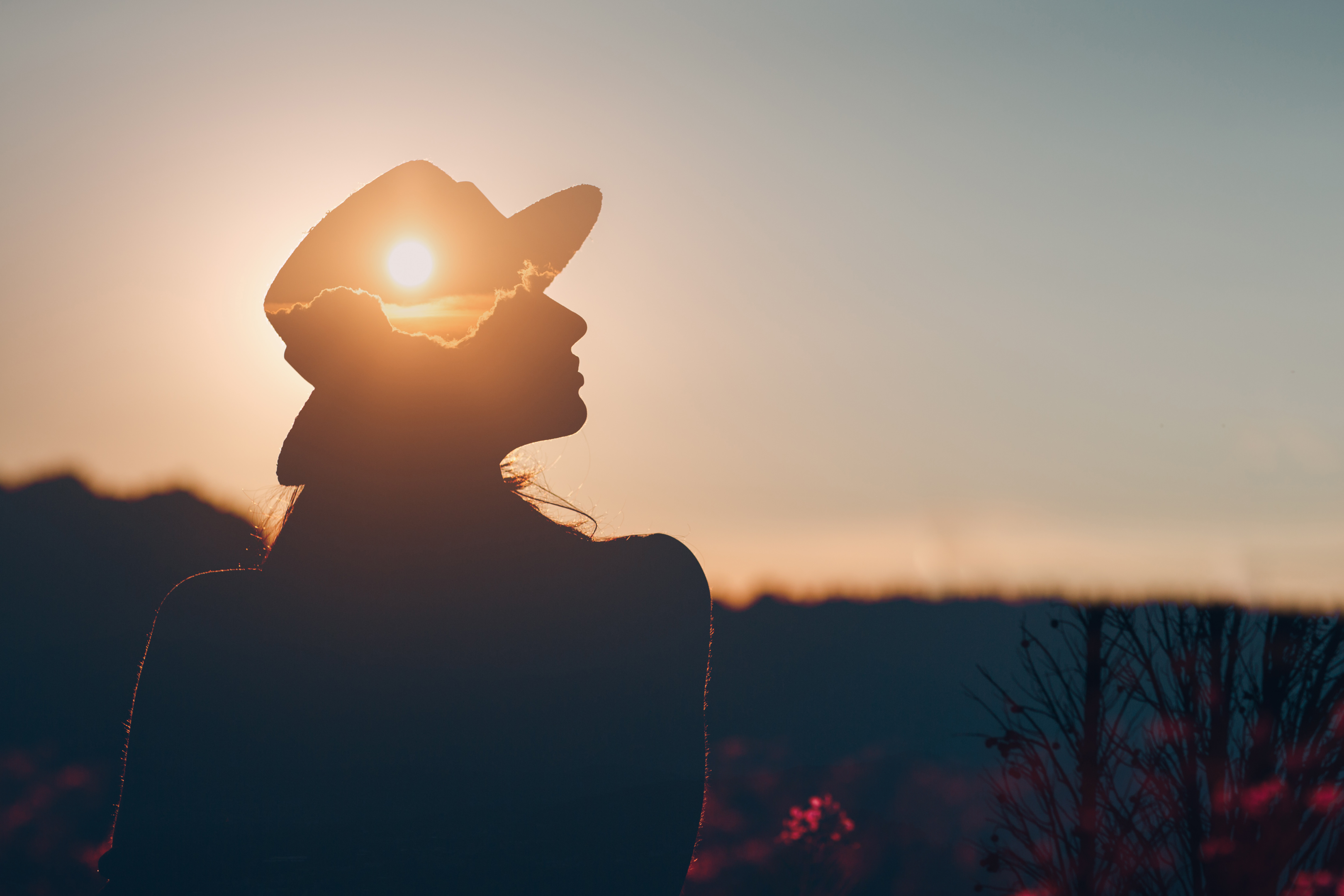 While the benefits of Rhodiola Rosea for stress reduction, combating fatigue, improving mental performance, and enhancing mental and physical endurance and resilience have been well-documented over the years, researchers continue to investigate its potential benefits in alleviating the symptoms of mild to moderate depression.

According to Mental Health America, some of the sources their team consulted concurred that roseroot extract or Rhodiola Rosea is a promising treatment for a range of mental health conditions.* As a relatively benign but effective herbal remedy, Rhodiola works as a neuroprotector to improve cognitive deficiencies as well as provides relief from the symptoms of mild to moderate depression.*

A research study published in Phytomedicine also found that roseroot extracts works to alleviate the symptoms of mild depression. This research study included 57 participants who used the roseroot herbal extract in precise quantities for a period of three months. The authors of the study (published in 2015) concluded that because of its beneficial effects and its superior tolerance levels for some people, Rhodiola may be a well-suited treatment for the symptoms of mild to moderate depression.*

A pilot study involving 10 participants in the age group of 34 to 55, who had a confirmed diagnosis of a generalized anxiety disorder (GAD) found significant improvement in the symptoms of GAD after 10 weeks of use of the herbal supplement Rhodiola Rosea.* The participants were administered a daily amount of 340 mg of the supplement.

At the end of 10 weeks, the participants were assessed using the Hamilton Anxiety Rating Scale (HARS). Researchers found a significant reduction in mean HARS scores. The scores were found to be very similar to the scores seen in randomized clinical trials. Adverse events among the participants were mild to moderate, the most common being dry mouth and dizziness.

Perhaps the most widely accepted claim about the mental health benefits of Rhodiola Rosea is its ability to help the mind and body adapt to stress.* A research article described Rhodiola as a “versatile adaptogen” (an agent to help the body adapt to stress.) The authors of this research article concluded that this herbal adaptogen effect can increase a person’s resistance to mental stress.*

The authors of this report cite evidence from multiple studies to conclude that Rhodiola Rosea as a stress reducer provides benefits for overall mental health and cardiovascular function.* Another research study published in the Journal of Psychopharmacology the use of Rhodiola may be useful in lowering the symptoms of stress-induced anorexia (eating disorder).* 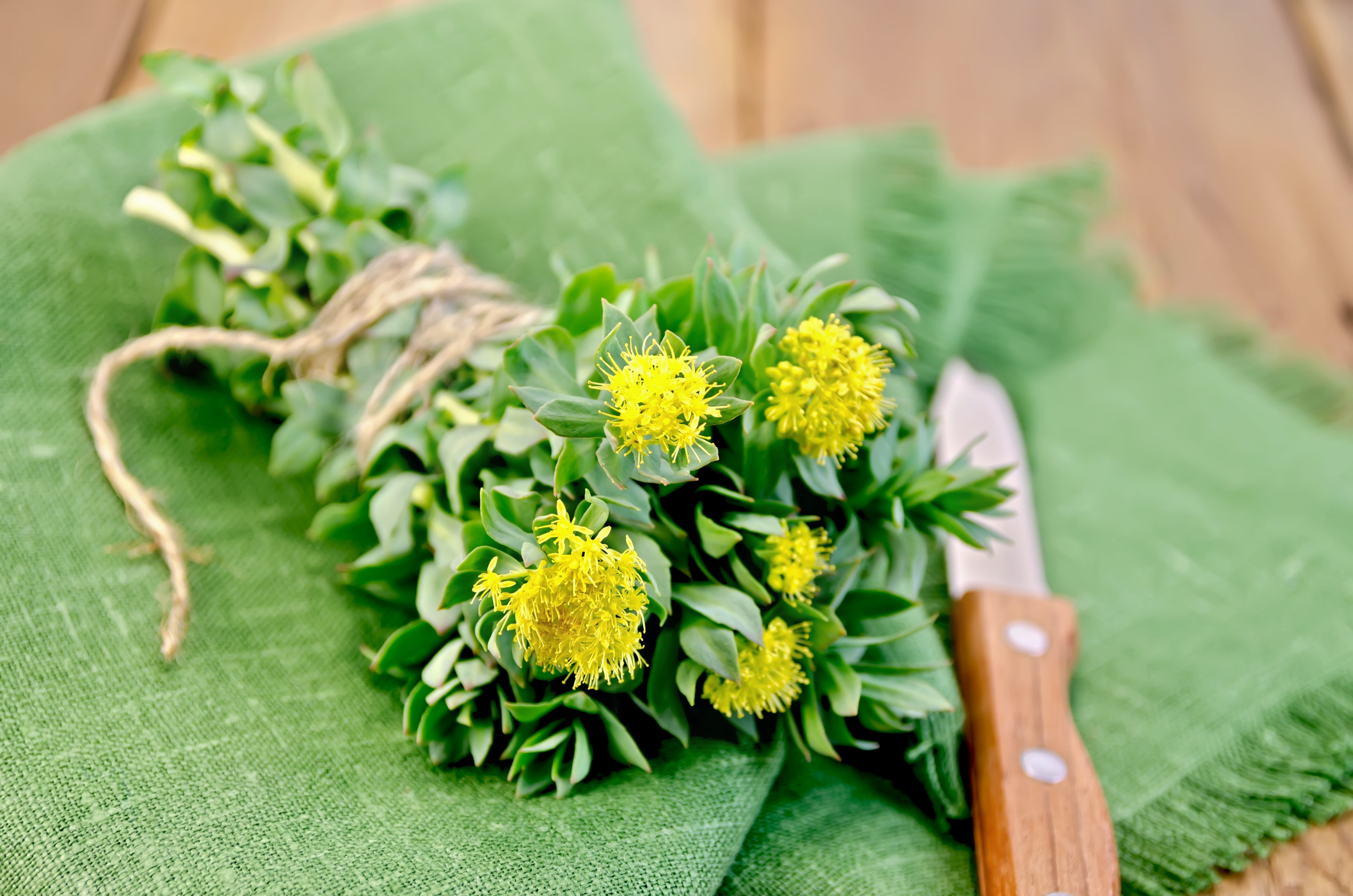 Many people who use roseroot extract for improving their mental focus, clarity, and concentration or as a supplement to increase their physical resilience prior to exercise report beneficial effects of the supplements.* The herb may also be helpful in lowering mental and physical fatigue after a vigorous physical fitness session or a busy day at work or college that involved intense concentration.

A research study involving 15 women of college-going age found that a high dose of roseroot extract enabled the participants to run faster compared to the ones who were given a placebo. Another study, which evaluated 60 participants who took a standardized Rhodiola Rosea extract dose, found that the herb may reduce fatigue and increase mental focus.*

A study involving 100 participants diagnosed with chronic symptoms of fatigue found significant improvements in their condition after being administered Rhodiola Rosea extract 400 mg daily for 8 weeks. The participants reported improvements in fatigue, stress symptoms, concentration, mood levels, and overall quality of life.* The improvements were noticed within a week of the treatment, and the condition continued to improve until the final week of the research study.

Optimize Your Body and Mind Potential with Alkalife® Brain Performance Plus™* 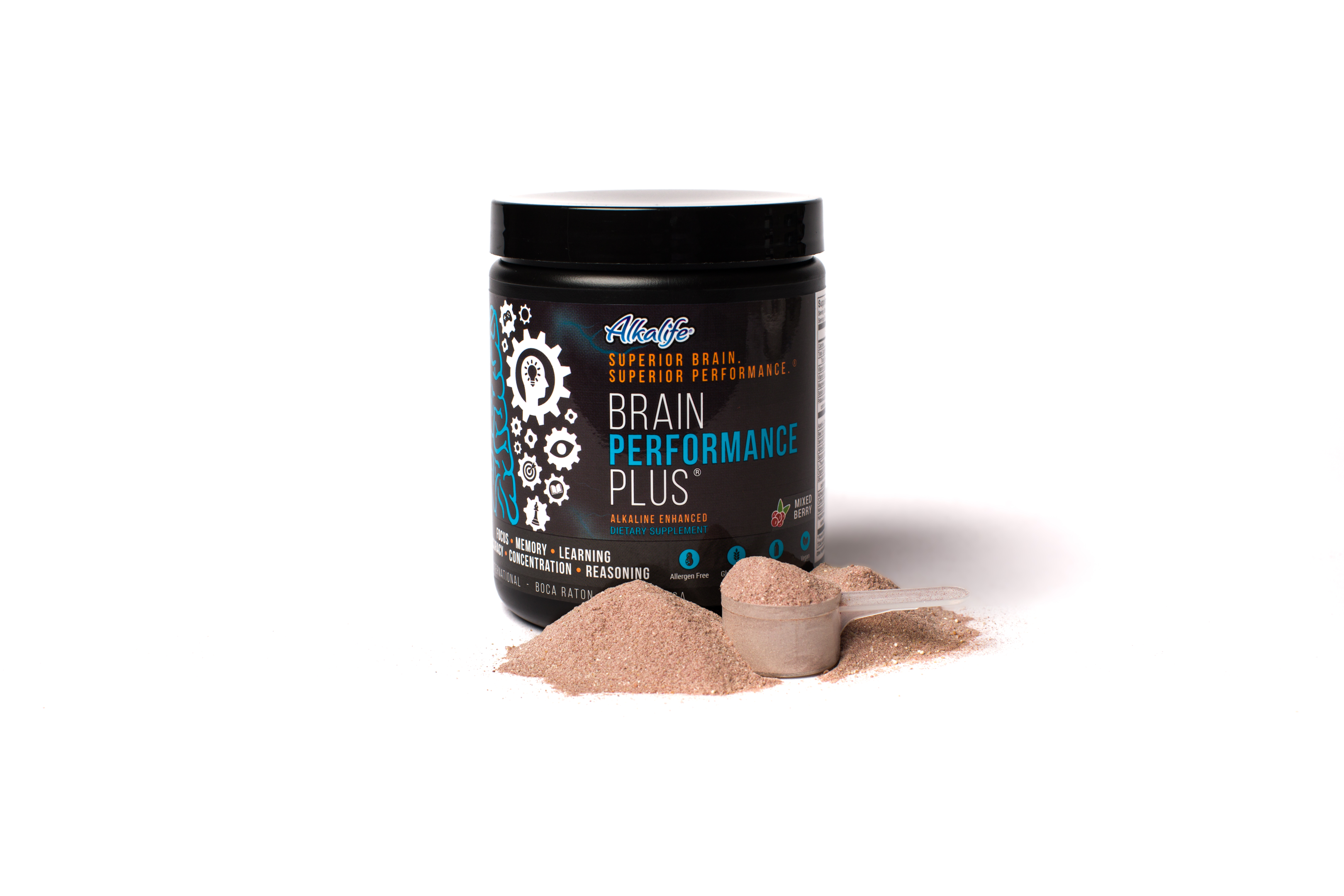 Alkalife® Brain Performance Plus™ is a best-in-class nootropic with rich and powerful ingredients, including Rhodiola or roseroot extract, to help you tap into your highest brain-power potential.* Drinking a single scoop of Brain Performance Plus™ with water, juice or a flavored beverage is equivalent to taking 9 to 13 brain enhancer capsules from the competition.* Get ready to maximize your body and mind potential with improvements in mental focus, clarity, alertness, memory, and more.*

The first-ever alkalizing formula of Alkalife® Brain Performance Plus™ supports the immune system and helps optimize organ health while accelerating the cognitive-enhancing results in as little as 30 minutes.* If you wish to learn more about this scientifically researched, clinically proven formula, complete this online contact form today.